Welcome to the world of eCommerce. A world full of opportunity, billion-dollar businesses, and kids who barely graduated high school making the average U.S. salary in a week.

But the paragraph above just proves that almost anyone can start a successful eCommerce business from scratch.

And believe it or not, right now is the absolute best time to get involved with eCommerce, no matter how experienced (or inexperienced) you are.

If you’re new to eCommerce, it works in quarters.

And Q4 (the time of the year with the most opportunity) is October – December.

At the time we’re writing this article…

Q4 Is Right Around The Corner

A quick rundown of Q4:

The videos of people fighting each other for the last TV inside of Walmart during Black Friday?

That’s a perfect example of what Q4 is.

But people aren’t just shopping for others.

No, people are naturally conditioned to buy more during the last few months of the year.  Everyone loves buying at this time, and people spend crazy amounts of money on just about anything too.

Now, ever since COVID-19 hit, the amount of retail shopping has dropped significantly.

More People Are Shopping Online Now Than Ever Before

The statistics are actually mind-blowing:

*Worldwide eCommerce sales are expected to hit 4.5 trillion by the end of this year

*Over 55% of holiday purchases will be made online this year

All this to say, there’s massive opportunity.

Not only that, but…

You Can Successfully Sell Almost Anything You Want Online During Q4

These custom socks that you can put your pets face on made millions in Q4 of 2020. It’s such a simple, fun, and kind of weird product, but it was a massive hit.

Here’s some Meat Claws that sold millions worth in Q4 of 2020 as well.

And those are just two examples that proven just about anything sells online during Q4.

Now of course, socks with a puppy’s face on it and claws that tear meat apart aren’t the only products that sell during Q4. Normal everyday products sell billions worth during this time of the year too. Kitchenware, skincare, bedding, makeup, furniture, you name it. Literally everything sells during this time, and you can successfully sell almost any product you want online.

But how do you find these products?

Do you have to create them?

The answer is actually pretty simple.

There Are Millions Of Products Online Ready For You To Sell

Okay, now you probably have a million more questions.

But the answer to all of them is pretty simple.

If you haven’t heard of it already, tons of people sell online with a business model called dropshipping.

How does it work?

You find an unbranded product online, you create unique marketing for the product, you mark the price up, advertise the product, make sales, and keep the margin.

Now, we’d love to tell you exactly how to run this business model, but we’ll leave that up to one of our favorite dropshipping experts — Justin Woll.

Why would Justin Woll –– the 25-year-old 8-figure eCommerce experts who lives in sunny Delray Beach Florida teach you all his secrets?

Because ever since creating multiple successful eCommerce stores (ones that even hit over $40k revenue in a single day), Justin has been on a relentless mission to help hundreds of everyday people create their own six figure eCommerce businesses. 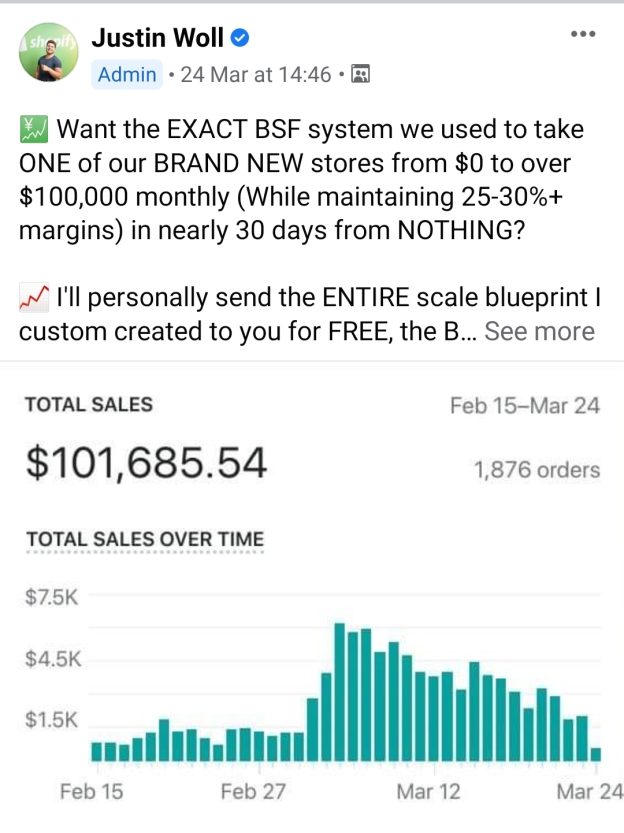 This is exactly why he created Beyond Six Figures almost a half-decade ago, and ever since creating his priceless eCommerce programs, Justin has helped his students collectively generate over 20 million dollars in eCommerce results.

Want to learn more about his programs?

Where To Get a Comprehensive Car Insurance Quote in Australia

The Best Data Analytics Software for Your Business